Universal Design - Design for All Approach

About the Seven Principles of Universal Design and their application in practice.

In 1998, an exhibition with the title “Error Design” was on view at Kunsthalle Krems, displaying everyday items and phenomena that clearly didn’t take usability into consideration as a starting point. Today, more than 20 years later, devoting more attention to aesthetic than to functional aspects is still an unfortunate common practice that goes hand in hand with insufficient consideration of accessibility. However, recent developments indicate a fundamental shift: currently, the legal situation concerning this matter is changing on a global scale through the European Accessibility Act, as well as anti-discrimination legislation in many countries around the world. To know more about the European Accessibility Act and its implication for UX, read one of our previous articles. This development is accompanied by increasing media coverage on related issues and by initiatives, action plans and activist movements advocating for the rights of different social groups who would directly benefit from accessible design (Barne, 2011).

Due to these positive changes, disability is no longer considered an individual medical problem but a sociopolitical issue. It has become more and more apparent and more widely accepted that each and every person can be affected by impairments of one kind or another throughout different stages and certain circumstances, incidences or occurrences of their life. To provide more context, studies show that “only around two to three percent of impairments are present at birth. Most disabling conditions are due to a variety of social causes, including poverty, pollution, accident, violence and war” (Barne, 2011, p. 70, with reference to Priestley, 2003). Being affected by impairment also increases significantly with age (Barne, 2011, with reference to Priestley, 2003). Instead of perceiving impairments as abnormal phenomena that require individual adjustment and coping strategies, it is increasingly recognized that it is the physical and social environment that must be adapted. This is where a new design concept comes into play: Universal design.

The term “universal design” is often used interchangeably with the so-called “design for all approach” and overall, terminology differs regionally. On the whole, universal design is an umbrella term, equally including “accessible design”, “barrier-free design”, “inclusive design”, “transgenerational design”, etc. At their core, each of these ideas are based on the same underlying concepts (Lino, 2020).

According to its very first definition by Mace (1985), universal design refers to “the design of products and environments to be usable by all people, to the greatest extent possible, without the need for adaptation or specialized design” (Dolph, 2021, p. 180). Later on, a revised version was published, subdividing environments into “buildings” and “exterior spaces” (Dolph, 2021).

Over the years, several other definitions have been published. Initial updated definitions were mainly concerned with specifying the areas that universal design covers: looking at it from systems and interface-design, Vanderheiden & Tobias added “systems and processes” in 1998 (Dolph, 2021, p.182) and in 2009, Gossett et al. extended the definition by including “communications” (Barne, 2021, p. 68).

At the turn of the century, however, an actual evolution of the term came about. While previous definitions prominently figured specific design interventions, subsequent changes put greater emphasis on the values universal design is based upon. Definitions by Ostroff (2001) and Tauke (2005) evolved around human diversity, inclusion, equal opportunity, democratic values, anti-discrimination and personal empowerment (Dolph, 2021). Looking at the development of the definition of universal design, Dolph (2021) concludes by raising the question of whether it isn’t the definition of the traditional design process that should be replaced with one that “starts with embracing human diversity and wellbeing” (p. 184) and not simply the definition of the design itself.

The Seven Principles of Universal Design

More details on each of the principles can be found here.

In practice, it’s often the case that designers have a particular user group in mind – but, in the end, it turns out that a design solution is in fact convenient for everyone! To give an example, low-floor technology in public transport was originally designed for people with restricted mobility. However, it was equally useful for a larger group of passengers: from cyclists and travelers to parents with strollers. Due to its benefits for all, it is now commonly used and considered ordinary. It even comes with the added benefit of shortened entry and exit times, allowing passengers to get to their destinations faster (Herwig, 2008).

Wouldn’t it be great if more design solutions were as universal as this? And how would the design process have to be changed to achieve that? The Seven Principles of Universal Design are definitely a good starting point, but as they are pretty theoretical, here are some more hands-on ideas for approaching universal design:

A useful consideration is the multi-level pyramid by Norbert Seitz, an expert in the field of information and communication technology. For the design of user interfaces, he suggests a quick entry for everyone as the first step, followed by the possibility for more advanced users to optimize and personalize it as the second step (Herwig, 2008). This idea can be easily transformed to the design of all kinds of products and services. It’s just as simple as it sounds:

"keeping both comfort and intuitive handling in mind may be enough to make most designs more universal for everyone."

Especially in view of digital products, it is worth considering that complexity does not equal technical progress. This means keeping things simple, only including as many functions as really needed, and refraining from equipping every updated version with an entirely new user interface whenever possible. Besides, leaving well-established products on the market should be prioritized over trying to chase each and every trend.

Someone is blind or visually impaired? No problem: the product is fully operable with a keyboard and the text size can be increased. 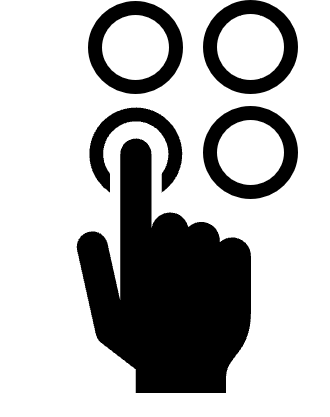 An elderly person suffers from reduced fine-motor skills? No worries; there are alternative control elements, pull-down menus and direct links to help them.

You are exhausted after a long day of work and already the thought of having to find all the documents you need from the municipal authorities’ website stresses you out? Relax, everything’s self-explanatory and it only takes a couple of minutes.

Does this sound too good to be true?

Fortunately, there are many indications that universal accessibility is becoming increasingly important, that conventional design approaches have served their time, and that instead, universal design will become the standard.

Wondering how you can contribute your part now?

Here’s a little preview: We will soon be publishing a practical guide on how to make your website more accessible – stay tuned!

The European Accessibility Act and Its Impact on UX

Caroline has more than 3 years of experience in UX research. She is an expert in mixed-methods approaches and international research projects. She is responsible for usability tests in the area of in-car infotainment systems and home appliances as well as for agile user feedback days with results workshops. Caroline sits in our Munich office.

We use cookies on our website. Some of them are essential, while others help us to improve this website and your experience. In this overview you can select and deselect individual cookies from a category or entire categories. You will also find more information about the cookies available.